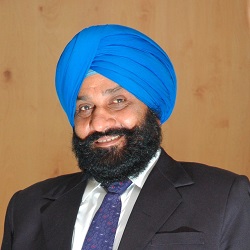 Pratap Fauzdar is the comedy king who is known for his hilarious jokes and humorous poetry. An Automobile Engineer by profession he has an extra ordinary talent of delivering humor in the form of poetry. He is quite active and could be found easily on social networking platforms. He always tried to relate his daily life experiences through his poetry with people to chortle their hearts. He regularly writes articles on contemporary issues on his social media pages.

His appearance to the most successful stand-up comedy show on Indian television “The Great Indian Laughter Challenge” was a turning point in his poetic Journey (Hasya kavi sammelan). He was one such comedian in the show who cracked jokes on himself. His only motive was to make others laugh, and so he did with his hilarious jokes.

His astonishing performance in the show has impressed judges Shekhar Suman and Navjot Singh Sidhu so much that Sidhu came up to personally congratulate him on stage. Shekhar Suman said about Faujdar that he cracked intelligent jokes. he in the show excelled in the genre of humor and brought the audience joy and happiness. He says “It is not that the comedy is developing. In fact, people are in stress now that is why they are finding peace in comedy.”

To invite Pratap Fauzdar as stand up comedian or hasya kavi sammelan, Contact us!